When a Rebel Goes Free, and the Righteous Takes His Place 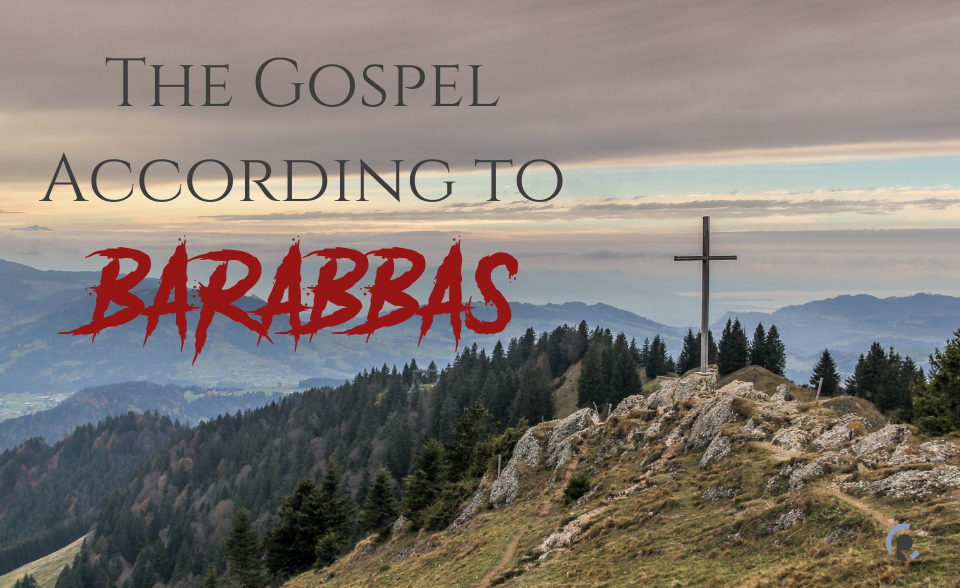 “Away with this Man and release to us Barabbas” – who had been thrown into prison for a certain rebellion made in the city, and for murder.

The insurrectionists sat in their cells as they awaited their fate. They, who had once taken pleasure in creating chaos and fear, were now the ones who trembled for what was to come. Instinctively, they kept rubbing their hands and feet before the Roman spikes would be driven through them.

They had passed by hundreds, maybe thousands of crosses in their lifetimes, and had laughed, hurled insults, and spit upon the dying. But now, it was their turn. Their lives full of crime, rebellion, and terrorizing, had finally caught up with them. Torture, humiliation, and Hell were now their destinies.

Barabbas heard the jailer unlock the cells of his two murderous friends. He heard the hardened men resist, cry, and curse, as they were led out to the Praetorium for sentencing. The key turned in his lock now, and the soldiers lunged into the cell and grabbed him by his chains.

On the balcony, Barabbas saw Pilate and another prisoner they called Jesus, beaten and bloodied, standing across from him. He heard the chanting of the crowd below, “Crucify him! Crucify him!” He was sure the chanting was for him.

Barabbas wasn’t a smart man, but he could read people. There was something unnerving about that guy, Jesus. The way he stood, the way he looked at Pilate and the crowd through his nearly swollen-shut eye. Something about it all was very ‘off.’

Normally the prisoners pled for their lives, but Jesus just stood there seemingly resolved to his death sentence. Barabbas couldn’t be sure, but the thought crossed his mind that if Jesus wasn’t so disfigured, it would’ve seemed that he was the judge, not the prisoner. Nah, that couldn’t be right. He must’ve taken one too many blows to the head.

Pilate, on the other hand, looked agitated and nervous. He called out to the crowd, “I find no guilt in him. But you have a custom that I should release one man for you at the Passover. So do you want me to release to you the King of the Jews” (John 18:38b-39)?

Barabbas knew the choice was clear. The crowd would certainly release Jesus because…well, just look at him. He certainly didn’t look guilty, and Pilate just called him a “King.” After all, Barabbas was notorious around these parts. Just the mention of his name would send chills down women’s spines. He couldn’t remember all the evil things he had done because there had been so many. Even in his twisted and warped mind, he knew his time was up and he deserved to die.

But to his surprise, even those religious guys with the long robes started yelling for Pilate to release him. “Give us Barabbas!” they shouted. Then their chanting became even louder and more frantic, “Crucify Jesus! Crucify him!”

Pilate looked at the notorious terrorist and sighed. His last-ditch effort to release Jesus had backfired. He gave a reluctant nod to the soldiers, and they unlocked his shackles. Barabbas rubbed his wrists and smiled a rotten-toothed smile to the crowd. What a strange day. He decided he better run before anyone changed their minds.

A few hours later, from a safe distance, Barabbas watched as Jesus’ cross was hoisted up in the middle of his two friends. That was the cross he deserved to be on, and there in his place hung an innocent man.

We All Are Pilate

Pilate knew Jesus had done nothing deserving of death, and six times he declared there was no fault in him. He thought he could placate the crowd, chastise Jesus, and that would satisfy their bloodthirst. But he underestimated the power of the mob. The envy of the chief priests could not be satisfied with a mere scourging. No, they needed Jesus dead and gone. Pilate knew he was innocent, and yet he still asked the most eternally significant question of the ages:

“What shall I do then with Jesus?”

It is a question that we must all ask ourselves as well.

The world made its choice. They chose to set a murdering rebel named Barabbas free and crucify the King of glory.

We All Are Barabbas

We all are Barabbas.

You may not think you are as bad as Barabbas, and that is probably a true statement. He would be the modern-day equivalent of a terrorist. But according to God’s law, we are all lawbreakers. We’ve all lied, cheated, lusted, and murdered in our hearts, and that’s enough to condemn us to death. If it were possible to have only broken one commandment in our whole lives, that would still be enough to render us “Guilty” (James 2:10).

But Jesus stepped in and took that “guilty” verdict for you and me. J.C. Ryle said,

“Let us freely confess that, like Barabbas, we deserve death, judgment, and hell. But let us cling firmly to the glorious truth that a sinless Savior has suffered in our stead, and that believing in him the guilty may go free.”

The Gospel According to Barabbas

There was nothing lovely or redeeming about Barabbas, except that Jesus set his love upon him and took his place. While we were still sinners, Christ died for us too (Romans 5:8).

That is the greatest exchange in the history of the world. “For our sake he made him to be sin who knew no sin, so that in him we might become the righteousness of God” (2 Corinthians 5:21).

“What will you do with Jesus?”

“You must make your choice: either this man was, and is, the Son of God, or else a madman or something worse. You can shut him up for a fool, you can spit at him and kill him as a demon, or you can fall at his feet and call him Lord and God. But let us not come with any patronizing nonsense about his being a great human teacher. He has not left that open to us. He did not intend to.”

No great human teacher would willingly lay down his life for a thug like Barabbas. He deserved to die for his sins. But Jesus loved Barabbas, and he loves you and me. He stood in our place and received the condemnation we deserved. We can be sons and daughters of the Father because the eternal Son of the Father stood in our place. This is the great exchange, and this is the gospel according to Barabbas.

Because he took my place,

If you’re interested in reading more about the characters along the path to the cross, you can also read more about Judas and Peter here.

If you have a few minutes more…linger on this powerful sermon. It will bless you!