What I've Learned About the Seasons of Motherhood 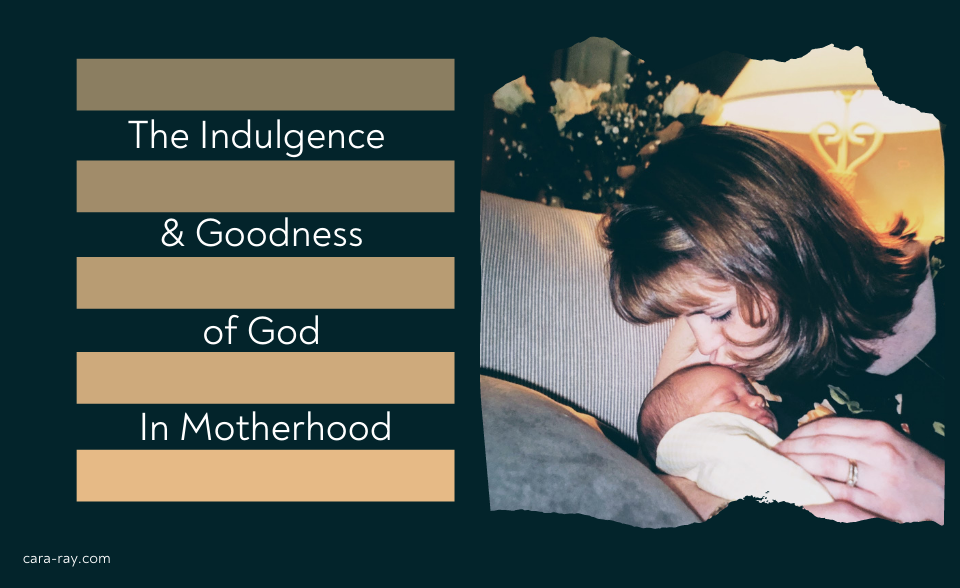 I was driving west on Paseo del Norte, across the Rio Grande River when it happened. It was fall, and the Cottonwoods had just begun to turn. The crisp yellow foliage against the backdrop of the bright blue sky took my breath away, and interrupted the cries of my longing heart.

For two and a half years we’d been trying to have a baby. Fear gripped me, as I wondered if I’d ever wear the title I wanted most in life, “Mom.” In the few minutes it took me to cross the river, I inexplicably felt the Lord’s nudging to trust Him completely. It wasn’t an audible voice, but a gentle reminder to my spirit, “Just like I’m never late in turning the leaves each year, I’m not late concerning you. Let me indulge you.” The word ‘indulge’ was unusual and caught me off-guard. I was pretty sure this was a word from the Lord, and I prayed it wasn’t just wishful thinking. I didn’t know what it meant, but I knew that the God who was never late in changing the color of the leaves, also cared about the longings of my heart.

The Lord did indulge me, because 10 months later, I celebrated my first Mother’s Day with my beautiful three-day-old infant daughter. While my painful season of waiting and longing had ended, I now entered a whole new season of discomfort. The arrival of my first child also brought with it the realization that now I wore my heart outside of my body. Everyone tells expectant moms how much their lives are going to change, but those are just words until you experience it yourself.

A week after my daughter was born, my exuberance and postpartum delirium soon gave way to fear when the doctors heard an extra swoosh in her heart. All the worst case scenarios played out in my mind. Another week went by before the cardiologist assured us it was an innocent murmur that would eventually close up. So this was what it felt like to be a mom. High highs and lows lows. Holding your breath, and then learning to exhale. This was an emotional rollercoaster unlike anything I had experienced before, and we were just getting started.

Soon she was a toddler. I remember a few showdowns of her will versus mine. Underneath my game face with her, I was constantly second-guessing myself, and begging God for wisdom. Most of her second and third years of life, I spent with carpet imprints on my knees. I was teaching her about obedience, but God was teaching me about being utterly dependent on Him. The intensity of my love for her meant I would’ve jumped in front of an oncoming train to save her life, but I somehow still struggled to love her more than myself when my sleep was interrupted, or she dumped applesauce all over my dress.

Pretty soon, she was no longer our only child. Our family was growing, and the demands on my time increasingly divided my attention. By the time she was school-aged, I was pregnant with my third child, and was trying to figure out how to homeschool her (without ruining her).

And that’s what being a mom feels like most of the time. You want to do the best thing for your kids, but you feel inadequate pretty much all the time. Despite my many shortcomings, God was already working in her heart, and blessing my imperfect efforts to train her in the way she should go. One night our Bible reading brought us to the crucifixion story. When we read about the nails and the thorns, she couldn’t believe the cruelty. Her voice betrayed a heart learning to trust when she nearly cried, “How could they do that to Jesus? I love him!”

No matter how hard we moms may try to soften the blow, growing up hurts. I’ve certainly wanted to pluck her out of painful, and embarrassing situations, more than once, but what growth that would’ve forfeited!

Her eighth grade volleyball season stands out as particularly painful. She and her team were brand new to the sport, and in their first game one girl served against us consecutively 25-0. My fight or flight instinct was set on ‘flight’ and I wanted nothing more than to grab her and run out of that gym and never return. The rest of the season wasn’t much better, and when I would’ve given up, she found something deep inside worth fighting for. That losing season lit a fire in her to become better…and over the next five years, better she became.

Then there was that season when I felt completely powerless to lessen the pain in any way, and I had to step back and let God redeem it some way, somehow. One day, she and her brother bravely stood before a judge and a crowded courtroom and read a victim’s impact statement against someone they loved who had violated our trust. The pain was so raw, it was the last thing I ever wanted them to experience. When I could barely process my own grief, or shield them from pain, God was using what the enemy had meant for evil, to do something for our good. When I wished I could’ve spared her all of it, she was learning that where man so spectacularly fails her, Jesus is faithful still.

Some seasons drag on and you feel that all you do is sow, and never reap. And then one day you see the culmination of your sowing, and your heart once again feels like it’s going to burst outside your chest. My emotional capacity was tested when she graduated high school, gave a Salutatorian address, and turned 18 all on the same day. The pride I felt for all she had accomplished, and the bittersweet passing of childhood into adulthood was a lot to process in one day. That day undid me.

Then a few months later, we landed on the doorstep of that sometimes dreaded, and sometimes celebrated rite of passage, college. For two years now, we’ve dropped her off at her dorm, and each time I’ve rejoiced that she’s right where she’s supposed to be, and then promptly got into the car and cried all the way home.

And now, here we are yet again, celebrating another milestone. Every few years her birthday falls on Mother’s Day, and the irony of that is not lost on me. This year she turns twenty, and with no postpartum hormones to blame, I’m still unapologetically emotional and grateful to be her mom. With each passing year, I feel the bittersweet sting of missing her littleness. There’s nothing I wouldn’t do to have a day with her rotten little three-year-old self. But as much as the passing of the old pulls on my heartstrings, I’m enjoying this season too. The best part of all, is that for all the emotional rollercoaster she’s put me through, I’d choose to be her friend, even if she wasn’t my daughter.

Twenty Mother’s Days later, I’m now certain my cup has runneth over, and He’s given me the desires of my heart. It’s no joke. Motherhood is like the Marines. It’s the hardest job you’ll ever love. They told me it would change me, and it did. I’d never trade all the spit-up, late nights, broken hearts, and carpet-imprinted knees, for the privilege and the coveted title of being “Mom.” Surely, He’s indulged me time, and time, and time, and time again.

Happy Mother’s Day friends! From my family to yours!