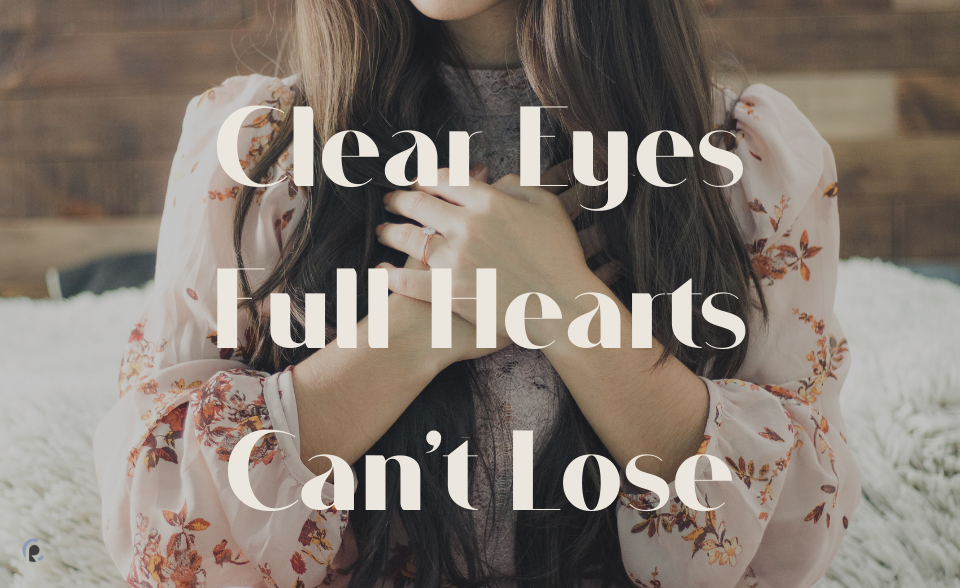 “Did not our hearts burn within us while he talked to us on the road, while he opened to us the Scriptures?”

They had hoped Jesus would redeem Israel, and usher in the kingdom of God, but now he was dead. The events of Friday were like open wounds on their souls. Raw and painful. Cleopas and his friend decided to go home to Emmaus. It was not safe for them to stay in Jerusalem. The same people who killed Jesus might start targeting his disciples and followers next. Their hopes were crushed with Jesus on Friday. What else was there to do, but to go home, and start over?

It was an unspoken thing, but the two friends were thankful they had a seven-mile journey ahead of them. They needed time to unload their hearts and try to make sense of what had happened. As they walked along, a stranger approached and asked what they were talking about and why they looked so sad? They stopped dead in their dusty tracks. Really? Are you the only stranger in all of Jerusalem who doesn’t know the things that have happened here?

The two men looked straight into the stranger’s eyes and answered, ‘The things concerning Jesus of Nazareth.” Sensing he wanted to travel on with them, all three turned their shoulders to the road and began to recount all they had seen and heard about Jesus. They were sure he was the Messiah, but then he was delivered to the Romans, and they condemned and crucified him as if he were a criminal.

Cleopas and his friend kept their gaze fixed on the road as they spoke. Burdened by what they had seen on Friday, and afraid to be disappointed again they flatly continued, “Moreover, some women of our company amazed us. They were at the tomb early in the morning, and when they did not find his body, they came back saying that they had even seen a vision of angels, who said that he was alive. Some of those who were with us went to the tomb and found it just as the women had said, but him they did not see” (Luke 24:22-24).

If your life has ever imploded, and your hopes were crushed in one fell swoop, you can identify with how these men were feeling. There was no category in their minds for a suffering and dying Savior, and because of that, they had no expectation for a resurrection. They had read the Scriptures one particular way, with one particular outcome in mind their whole lives. When it didn’t work out the way they thought it would, they were devastated.

Jesus checked all their Messianic boxes. But he was supposed to usher in the kingdom with fireworks and blazing glory, right? Heavenly kingdom, in. Rome and all of Israel’s enemies, out. Wasn’t that the way it was supposed to go?

O foolish ones, and slow of heart to believe! Not only were they restrained from seeing who this stranger was, but they also couldn’t see what the law and prophets had said about him from the very beginning. It had been right in front of them all along, they just didn’t have eyes to see it…yet.

And beginning with Moses…

In what must’ve been the most amazing Bible lesson ever given, he began with Moses and expounded to them all the Scriptures said about himself. Wouldn’t you love to eavesdrop on this conversation? We don’t know what he said, but perhaps he began explaining all the ways the Old Testament pointed to Christ. He might’ve begun like this…

For the first time, they saw how all of Scripture pointed to Jesus Christ and that he was the Messiah. He had to die, and he had to rise again to fulfill all the law and prophets.

By now the sun was beginning to set, and they had reached their destination in Emmaus. The stranger indicated that he would keep going, but they begged him to stay and he agreed. As they sat around the table to share their meal, the stranger blessed the food, tore apart the bread, and gave them each a piece. Cleopas and his friend reached out to take the bread, and at once, they recognized him. It was Jesus! Then he vanished from their sight.

Oh, to be a fly on that wall! Can you imagine their expressions when their physical eyes caught up with their spiritual ones? They had seen the risen Christ and their hearts had been set on fire for all that he showed them of himself in the Scriptures. That very hour they headed back to Jerusalem to tell the eleven all that had happened.

For When We Cannot See

When trials come, and things happen that don’t align with our expectations, we can be tempted to lose sight of our faith. The two foolish friends walked the road to Emmaus in defeat, because they were only interpreting what had happened through their physical eyes. But when Jesus came along, he opened their spiritual eyes to see him for who he really was. Now their hearts were set ablaze with the good news that Jesus was alive and triumphant over death!

What made their hearts burn within them? It was finally understanding the Scriptures and how everything pointed to Jesus.

When our hearts are broken, and the road before us seems dark, we must more diligently seek to see him in his Word. It’s then that we discover, that he’s been walking beside us all along, we just needed eyes to see him.

P.P.S. This is the last post in the series Characters Near the Cross. Read more encounters here.